It kicked off on Monday afternoon, when news came through of a black stork at Dunsby fen. Arriving about five, I had just missed it, it had flown off from its favourite spot. There were plenty of birders around and people began to spread out down the fen in search, though access away from the road is very limited. It wasn’t until a couple of hours later that I connected with the stork. Trev Lee had been working in Northants and detoured this way home. Only a few birders were looking now, (the ones that still needed to see it, I bet the others were celebrating at home and going through their brilliant photos!). We decided to walk alongside a hedgerow to see if we could get any better views of the dyke, when all of a sudden there it was, flying low, right in front of us looking monstrous. It must have been there all along, close to where people were standing. We lost views as it flew behind trees but were well happy. Never did see on the deck. It later roosted in a tree for the night. 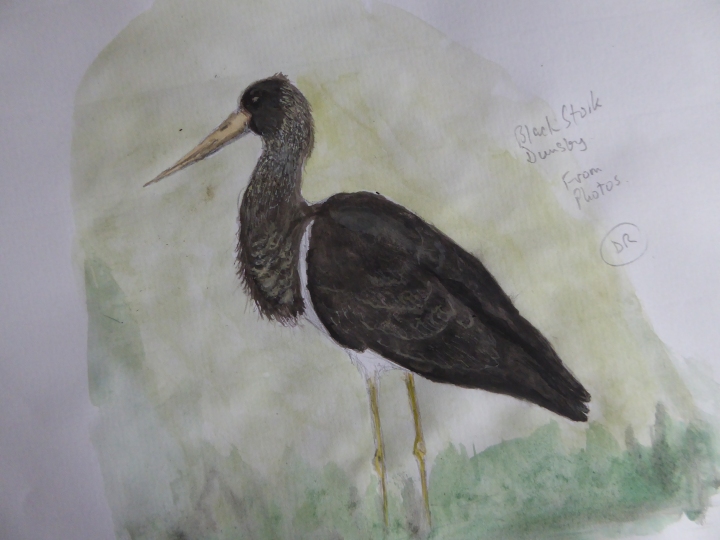 Checked a couple of local sites. Denton res was quiet, nothing of note, really. Saw a marsh harrier hunting near Syston. At Marston a juvenile peregrine was over the area for fully ten minutes. 16 curlews, 4 green sands and a grass snake seen.

Went over to Freiston shore for the evening. On Tuesday Richard Doan had found a very rare marsh sandpiper here. He only had it for a matter of minutes in the morning, obtaining photos and video. It was seen again later in the day.There was no further sign on weds. I watched the res from about 6:30pm to dusk, enjoying plenty of wader action in the nice light, before a heavy shower. Best birds were 2 curlew sands, (one wearing a yellow flag, but I couldn’t read it), wood sand, spotted redshank, 26 greenshank, ad med gull, ruffs, common sands. 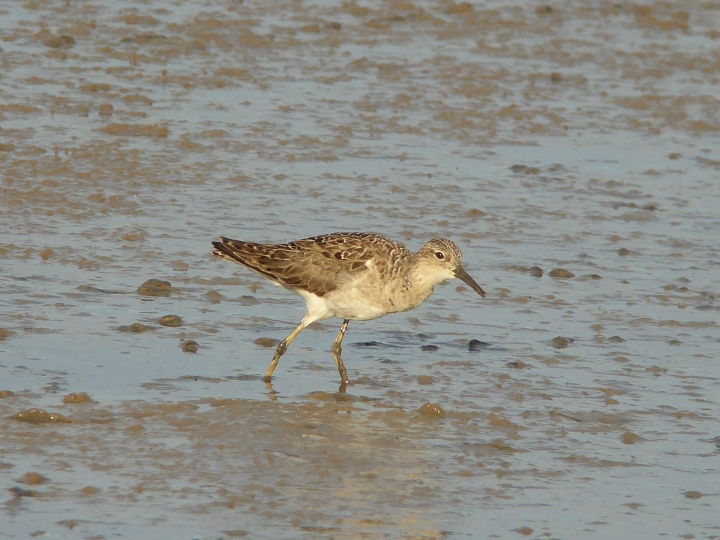 I had planned a full dayer at the wash, heading back to Freiston again rather than the more popular Frampton. What a good decision that was. The reservoir was the first place to check again, it was nowhere near high tide and only a few waders were on it compared to the other evening; 2 wood sands and a curlew sand, several common sands etc. Then I noticed it!…. it was the marsh sand! A lovely little wader, with a very quick feeding action. I managed a record shot on the phone, through the scope.

I only had it for about ten minutes, after taking the initial photo I observed the delicate wader through bins and scope. My plan was to take more pics but I have lost count of the number of times I’ve been pre-occupied with getting photos of a bird, only to look back and think ‘hold on a minute, I havn’t really watched that bird at all. Anyway it flew off after a while and, as far as I can tell hasn’t been again since. I felt really lucky, but then I was the only one there.

Later, a trek to the Witham mouth, where lots of curlews and whimbrels gathered. Surprisingly few waders really, just after high tide. About 150 sandwich terns fished and rested on the rocks along with a red-breasted merganser. A couple of green sands were on the shooters pool. Taking the sea wall route back, all the remaining puddles and ditches were checked incase the marsh sand was there, no luck but an early whinchat was feeding from along one of the fence lines.

Two new birds for my Lincolshire list, only my second sighting of both of them in the UK.